Interesting article from 1UP.com on the changes being made for FFXIII-2, the follow up to the very un-RPG-ish (it's a word *ahem*) FFXIII. The good news: towns are in, linearity is out. Sounds like there will be sidequests as well as the option to move around the world freely.

No longer will players simply run from point A to point B; the world is built of more traditional RPG hub and dungeons. The demo that Square Enix has been showing off for the past few months sets players in a town that feels an awful lot like Rabinastre from Final Fantasy XII and gives them multiple secondary objectives to fulfill in addition to the main goal of defeating a massive colossus named Atlas.

"When we toured Europe and North America promoting FFXIII, we picked up on a lot of criticism," admits Kitase. "Some was what media people told us, and some were bitter comments we read on the Internet, and we were very much aware of what was going on -- whether people were liking or disliking. We set ourselves out with a mission to address every single aspect of FFXIII that was criticized and come up with a solution, and we feel we have achieved that."

"Even though Final Fantasy X and X-2 shared the same characters, everything else was different. We actually set out to make absolutely everything different. We had a very poppy atmosphere. As opposed to that, when we reviewed FFXIII, we thought the in-game universe and story were two good points, and people generally liked them. So then we wanted to continue in the same universe and the same storyline.

"Something that people didn't like and criticized was the fact that FFXIII was very much story driven and linear. Therefore, we wanted FFXIII-2 to be more player-driven, so that the players will be allowed to make their own choices and decide what actions they want to take."

"The other thing that went down very well in FFXIII-2 was the battle system. This time around, because of the new features we've added, it'll be a more strategic battle. For example, you can recruit up to 150 different types of monsters. You can use them in your tactics and strategy as you battle."

Lucky media types get to spend a few days with the demo ahead of TGS, I guess the rest of us will just have to wait for their reports. It certainly is sounding quite promising though

Posted by James Mason at 11:56 PM No comments: Links to this post

I've been utterly obsessed with Ar Tonelico Qoga over the last few days after taking a brief break. Once I start it generally sucks me in completely - for example, the BGM was stuck in my head on a loop while I was trying to get some sleep after a bit of a marathon session.

There are a few decision points during the game that affect how the remainder plays out - I've taken to keeping a pen and paper nearby to keep track of which save games reflect which choice. The worst part was when I ran out of time during a boss battle but the game continued as if it was one of those typical RPG story battles where you lose no matter what. Unfortunately I continued playing for 3 or 4 hours before going back to an earlier save to try the battle again - sure enough, with a better strategy and some upgraded super moves, the battle was won within the time allotted and the story changed appropriately. From what I gather, losing the battle leads to a bad ending while winning leads to a normal or good ending.

My main save is approaching the 40 hour mark now and the story seems to be going into the final stretch. I'm still loving the battle system, which is fortunate in a game of this length, and the number of extra things to do on the side makes a nice diversion as well.
Posted by James Mason at 12:13 AM No comments: Links to this post 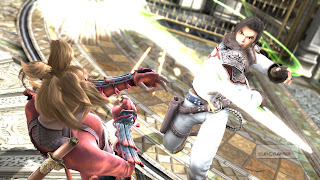 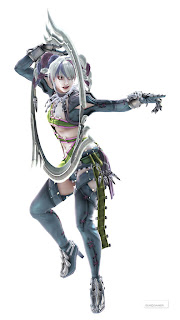 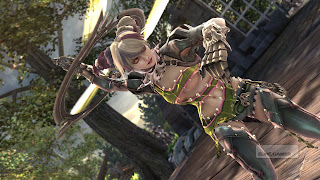 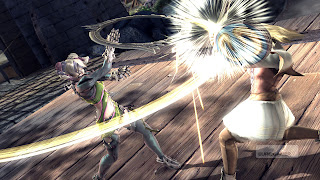 Posted by James Mason at 3:04 PM No comments: Links to this post