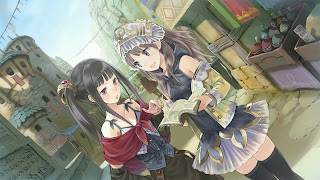 Really got stuck into Atelier Totori overnight after not really giving it the attention it deserved (too many games half-played). Finding it more compelling than Rorona so far; I much prefer the focus on exploring the world along with the item creation. There is certainly a feeling of freedom that I think was sometimes missing with the previous game - you can generally maintain whatever balance between item creation, exploration and fighting monsters that you prefer.

Many of the supporting characters do a good job of adding some life to the game as well; Mimi, Cordelia, Ceci, Melvia and Sterk in particular are well voiced, well written and interesting and/or funny, as the situation requires. Switching party members often leads to some enjoyable dialogue between the characters, especially if it's the first time they've been used in combination or something significant has recently occurred.

On a related topic, NISA recently announced that the follow up title, Atelier Meruru, will be released in 2012 during the (Northern Hemisphere) Spring.
Posted by James Mason at 2:33 PM No comments: 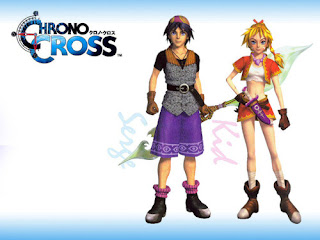 Also coming to PSN this month (on the 22nd) is the PS1 port of Final Fantasy 5.
Posted by James Mason at 3:37 AM No comments:


After announcing at QuakeCon earlier this year that Doom 3's code would be released, John Carmack announced on Twitter that a release was almost here:


"doom 3 source is packaged and tested, we are waiting on final lawyer clearance for release."

I can't wait to see what the community winds up producing following the release - there have been many, many wonderful projects based around the earlier release of the Doom and Wolfenstein 3D source so hopefully there are some interesting things to come.
Posted by James Mason at 6:33 AM No comments:

Flitting between titles at the moment: